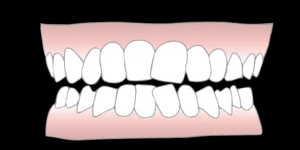 What is a Palate Expander?

Palate (palatal) expanders are orthodontic appliances that create more space in a child’s mouth by widening the palate (roof of the mouth) over time. The goal of palatal expansion is to widen narrow palates in children and correctly align the upper teeth and jaw. This treatment can only be completed before the jaw fully develops.

The most effective way to prevent bad bites, crowded teeth, and other misalignment issues is to invest in palatal expansion at a young age.

Types of Appliances and How They Work

Expanders are uniquely made for each patient based on their dental arch and palate size. The devices come in fixed and removable forms. Common types of expanders include:

The rapid palatal expander can correct narrow palates, crowding, and crossbites. The appliance fits over a few back teeth in the upper jaw with a screw in the middle. To activate an RPE, you turn the screw a small amount each day with a special key to create tension between the two palatal bones.

The goal is to widen the maxilla (upper jaw), expand the dental arch, and move the teeth within the bone. Over time, the two palatal bones move apart and the jaw widens. Most orthodontists also leave the appliance in for a few months after the desired expansion is achieved to allow new bone to form. In most cases, palate expansion treatment takes 3 to 6 months.

An orthodontist typically indicates a removable expander when a patient only needs minor jaw widening. These appliances are similar in appearance to acrylic retainers, except they are chrome.

Mature adolescents typically require implant-supported expanders. Once the jaw is almost fully developed, heavier forces are necessary to successfully widen the jaw and palate. This expansion treatment consists of four mini-implants that apply force directly to the maxillary bone, instead of the teeth.

Once a person reaches full maturity (puberty), they typically have a fully developed jaw. Although, some jaws do not fully mature until age 21 to 25. If this is the case, an orthodontist must surgically insert an expander into the mid-palatal suture (palate bone).

When is Palate Expansion Necessary?

The three most common circumstances that typically indicate the need for maxillary expansion include:

When a tooth is stuck under the gums and blocked by other teeth, it is an impacted tooth. Dentists recommend extractions to reduce the chance of disease and jaw misalignment. Palate expanders can help widen the jaw and allow for the proper eruption of permanent teeth. 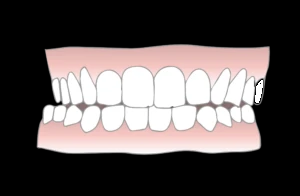 A crossbite is when the upper and lower teeth do not align correctly when biting down. Crossbites occur when some bottom teeth are located outside the upper teeth when the two jaws are closed. This type of malocclusion can sometimes be corrected with palate expansion treatment.

Over-retained teeth refer to baby teeth that have loosened but then tighten back into the gums, preventing the eruption of permanent teeth. If the primary teeth are not extracted, dental crowding develops, which is a condition that occurs when there is not enough space for teeth to grow in. Palate expanders eliminate the need for extractions and create space for permanent teeth to grow in. Before your child’s adult teeth grow in, an orthodontist can check to see how much room is available in his or her mouth. 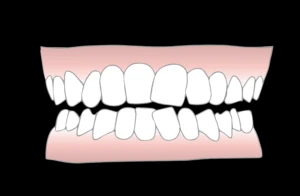 If the jaw seems too narrow, palate expansion may be necessary to prevent dental crowding as the permanent teeth grow in.

Treatment is most effective when the patient’s jaw is still growing. As baby teeth fall out, permanent teeth start to erupt around the same time (age 6). When the mouth consists of some primary teeth and permanent teeth, it is called the “mixed dentition phase.” If a child has a crossbite or crowded teeth during this phase, palate expansion may be necessary.

As a child reaches the late mixed dentition phase, which is when there are more permanent teeth in the dental arch than primary teeth, palatal expansion is more difficult. During this phase, the jaw isn’t growing as quickly. It is typically necessary to wait until the first premolars erupt to begin expansion treatment.

As an adolescent’s growth spurt ends, palatal expansion may not be possible because the jaw is almost fully developed. Implant-supported or surgically assisted palatal expansion is typically the only treatment option at this stage because heavier force is needed to expand the jaw. Expansion is more likely to be successful in young children rather than those who have reached mid or late adolescence.

Article shared with permission from NewMouth.com.

The original post can be found at this link: https://www.newmouth.com/orthodontics/treatment/palate-expanders/#section-83-11840

The Habits You Didn’t Know Were Ruining Your Teeth
January 17, 2023