The Changing World of the Dental Laboratory Technician 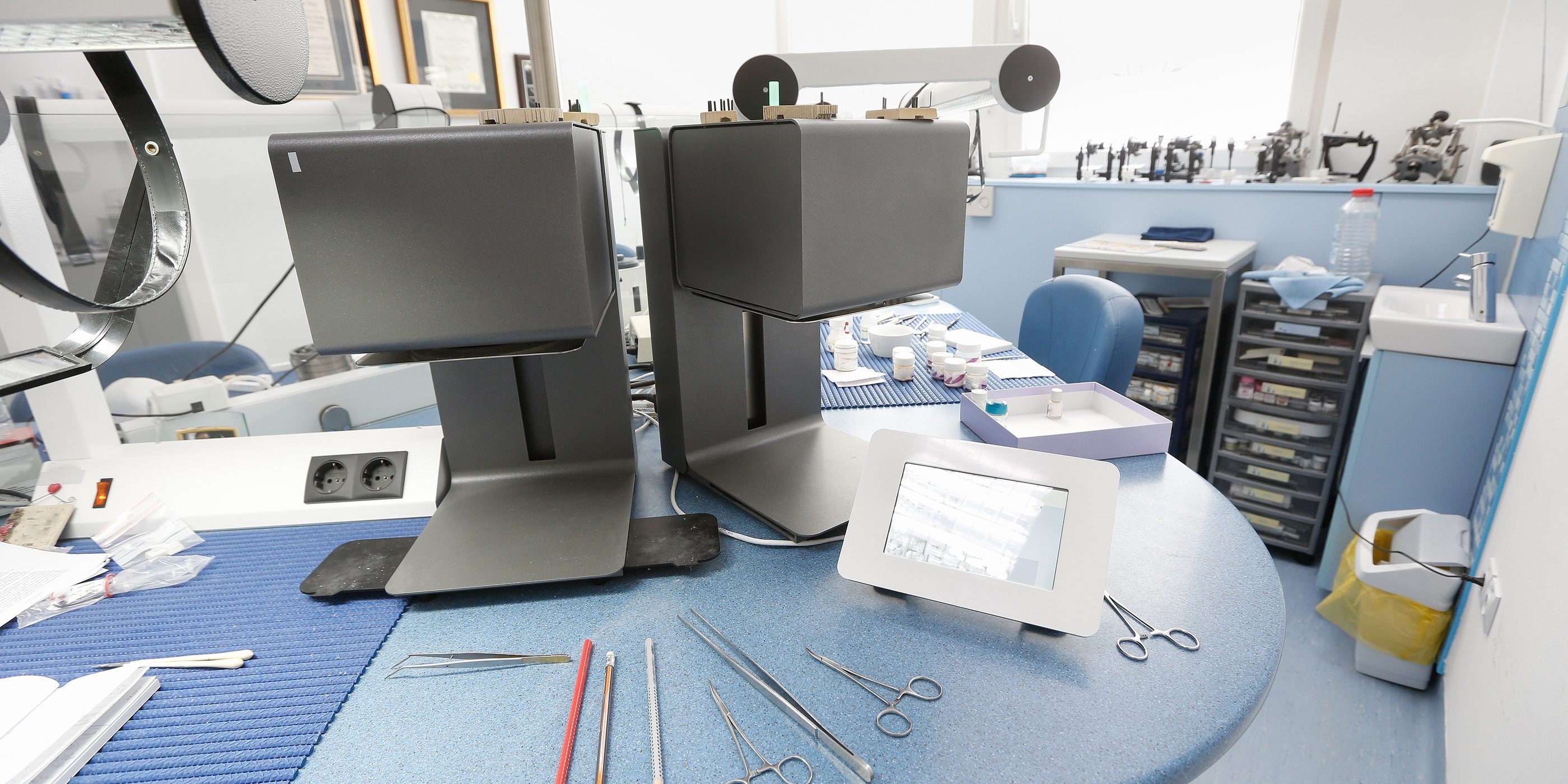 In the time since Dr. W.H. Stowe and his cousin, Frank Eddy, opened the first commercial dental laboratory in the United States (Stowe & Eddy in Boston, MA) a great deal has changed in laboratories as well as dental practices.  While dentists themselves initially did their own lab work, by 1910 the majority of commercial dental laboratories were operated by technicians who trained as apprentices under a dentist.

Over the next 90 years, advancements and changes in the dental laboratory industry and the careers of technicians grew and evolved at a relatively methodical pace.  It wasn’t until 1950 that the National Association of Dental Laboratories was formed to advance the standards of laboratory’s service to the dental profession amongst other initiatives.  Shortly thereafter, the NADL formed the National Board for Certification in Dental Laboratory Technology (NBC) to oversee set standards for technician certification.  The first Certified Dental Technicians were recognized in March of 1959.

The industry continued to see stable growth and success into the early 2000’s with the number of laboratories with a payroll (7,863) and employees (49,597) peaking in 2004 (information provided by the U.S. Department of Labor, Bureau of labor Statistics, and the NADL).  However, in the years since, the industry has witnessed a decline in both laboratories and employees.  Mid-way through 2015, we were down to 6,584 dental laboratories, which is a decline of over 16% from the peak.  In addition, the total number of industry employees is down over 10% in that same time frame.

In the four year period from 2010 to 2014 alone, the number of Certified Dental Technicians declined by 8% and the number of Certified Dental Laboratories declined by 3% (information provided by NBC).  Much of the decline in CDTs and CDLs was due to the aging of the dental technician, the increase in laboratories closing and the increase in mergers and acquisitions.  We continue to see more and more dental technicians reaching retirement age.  However, during that same period of time, the number of employees in the lab industry actually increased slightly.

Many factors contributed to the declining numbers in the lab industry in the mid-2000’s.  The globalization of our economy certainly played a role, with offshore laboratories taking up to 40% of our fixed work away from domestic labs.  The Great Recession and subsequent run-up in metal costs helped to strengthen the offshore option for many doctors.  We also lost many of the accredited dental technology programs across the country (today only 17 remain), so there were few options for training for those people looking to enter the industry. The number of Recognized Graduates declined by 16% during this time, which was largely in part due to a 26% decline in the number of students being enrolled into CODA accredited DLT programs (information provided by CODA and NBC).

While they were difficult times for our technicians and labs, the challenges forced many in the industry to take a long look and adjust how we do things.  Suddenly, labs and technicians were looking to incorporate new materials and technology, Lean Manufacturing principles, and embracing education and marketing to build their relationships with the dentists.  The evolution of materials and technology occurred at such a rapid pace that it was nearly impossible for practicing dentists to keep track.  Labs & technicians have become the primary resource for doctors when it comes to questions regarding materials, indications, and the implementation of technology in the office and laboratory.

While the dental technician career initially began as an apprenticeship under a dentist, today it has evolved into a full blown partnership.  The ongoing incorporation of technology in the production process has also led to an influx of young, talented, and eager technicians to come into our industry.  Today’s Dental Technicians combine the artistic capabilities and knowledge base that have always been required to provide natural looking, functional restorations with the engineering capabilities to produce them in an efficient, consistent, and cost-effective manner.

As materials and technology continue to evolve, the options and choices for doctors can be daunting.  Gone are the days when a doctor could call any lab in the phone book and prescribe the same full gold or PFM crown from any of them.  Today, every lab has its own version of materials commonly prescribed, and they may brand them as their own.  Doctors need to be careful and alert to make sure they know what they are getting from the laboratory, and many states now require full disclosure of materials used in a restoration as well as point of origin of manufacture.

The laboratory and the technician are the most important partner a dentist can have in his or her practice.  From inclusion in the initial treatment planning, providing feedback on performance and recommendations for materials and products, helping each and every step of the process through a complex case, and making sure the end result is ideal for the patient, today’s technicians, more than ever, work side by side with our doctors.  On the other side, we see more reliance on the lab from our doctors than ever before.  They want, and need, the laboratory to be there for them each step of the way.

We are all striving to provide a higher quality outcome with a shorter turnaround time and competitive cost.  With ever-changing tools at our disposal, and an atmosphere of teamwork with our doctors we will continue to accomplish these goals, and we will continue to experience a thriving industry for many years to come.